ATOMIC ABSORPTION SPECTROSCOPY is designed for the quantification of metal elements , and trace metal and trace inorganic elements present in environmental samples. It is done so by measuring absorbed radiation of free atoms of the element of interest and reading of the spectra produced when the sample is excited by radiation.

A signal processor then integrates the changes in wavelength absorbed, which appear in the readout as peaks of energy absorption at discrete wavelengths. The energy required for an electron to leave an atom is known as ionisation energy and is specific to each chemical element. When an electron moves from one energy level to another within the atom, a photon is emitted. Atoms of an element emit a characteristic spectral line. Every atom has its own distinct pattern of wavelengths at which it will absorb energy, due to the unique configuration of electrons in its outer shell. This enables the qualitative analysis of a sample. 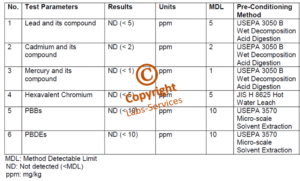 You have not viewed any product yet.

Please complete the form below downloading the brochure(s)